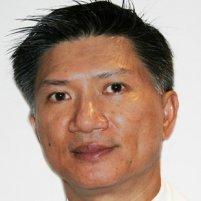 Dr. Sing Chan serves the residents of Flushing, New York, and many nearby communities. The doctor and is staff specialize in the diagnosis and treatment of both Crohn's Disease and colitis.

Crohn's Disease and Colitis Q & A

What is Crohn's Disease?

Doctors are not quite sure what causes Crohn's disease. Although it acts in much the same way as an autoimmune disorder, doctors don' believe the body's immune system is attacking the person's tissues. Instead, doctors are starting to think that the immune system targets harmless entities within the body causing unusual disruptions in how the body functions. The result is an inflammation that can begin to block digestive passages. Crohn's can cause problems outside of the digestive tract as well. It can also affect the kidneys, gall bladder, joints, and skin. The result in various degrees of inflammation throughout the body.

What are the Main Symptoms of Crohn's?

Crohn's can appear in different areas of the bowel resulting in different symptoms and varying degrees of severity. Weight loss, abdominal pain, tenderness in the abdomen, rectal bleeding, fever, feelings of fullness, and chronic diarrhea that is often tinged with blood, pus, or clear fluids. Depending on where the condition has settled within the bowel, blockages may occur that obstructs the digestive tract or fecal matter as it attempts to pass through the large intestine. Severe inflammation may lead to scar tissue that increases the tenderness and discomfort that is felt as the condition continues to worsen.

How are Crohn's Disease and Colitis Treated?

Both Crohn's and colitis are forms of inflammatory bowel disease that causes intense pain and discomfort. In both conditions, anti-inflammatory medications and other drugs are used as the primary form of treatment. Making positive changes in a person's diet and creating a sound nutrition plan are also possible treatment options. If the conditions have progressed to the point where scar tissue has started to become a problem, surgical procedures may be used to cut away damaged parts of the intestinal tract. By removing the diseased tissue, it is believed that the inflammation will not cause any further issue if the condition has been brought under control through medication.

Words from our patients